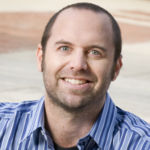 Dr. Todd B. Kashdan is a recognized authority on personality, well-being and social relationships. He has published more than 150 scholarly articles. In 2013 he received the American Psychological Association's Distinguished Scientific Award for Early Career Contribution to Psychology in the area of Individual Differences. His work has been featured in several media outlets, including The New York Times, The Washington Post, and the Harvard Business Review.