The Pitfalls of Portable Technology in the Classroom

Technology is useful, except when it isn’t.

There has been a whirlwind of technological change in the classroom since I was an undergraduate student in the late 1980’s. Back then, class lectures were written on transparent plastic sheets and were projected onto a screen. Videos were played from VHS tapes shown on a television on a rolling cart. Students would take notes (or doodle casually) in spiral-bound notebooks. Laptops and phones were not around then to relentlessly distract us from the task at hand.

Sometime after the turn of the century, the use of Microsoft PowerPoint became a standard lecture tool. The advantages were obvious: videos and pictures could be included without using a separate device, no more sorting through plastic transparencies, and materials could be digitally shared with students. Students began bringing their laptops to take notes on their own copy of the slides. Instead of seeing a sea of bent heads scribbling notes, today’s instructors are faced with a room full of Apple and Dell logos.

It would be easy to fall into the trap of believing that technology is evil; or, at least, the root of many problems. One study, for example, reported that when people knew they could use Google to find information they would remember the source of the information rather than the information itself (Sparrow, Liu, & Wegner, 2013). I don’t believe that memory is declining because it has been rendered obsolete due to the greater capacity for storage on external devices. It simply means that people have found a better way of using their memory. Even Einstein realized the clear advantages of external memory when he reportedly commented, “Why should I memorize something when I know where to find it?" (Rossett & Mohr, 2004).

Technology in the classroom is not always good, however. While students feel confident in the power of their ‘external memory’, they may not pay as much attention in class. They may begin to use their class time in other ways. When we tracked Internet use during class, we found that students spent anywhere from seventeen minutes to almost an hour of a 100-minute class browsing the Internet on their laptop (Ravizza, Uitvlugt, & Fenn, 2017). Activities included watching videos, shopping, checking out social media, and looking up information to do homework for another class. It will come as no surprise that we found that the longer students spent browsing shoes at Zappos or kitten videos on Instagram the lower were their test scores on the final exam (Ravizza, Uitvlugt, & Fenn, 2017).

The Psychology of Distraction

Distraction in the classroom is nothing new. Students have been passing notes, drawing caricatures of their teachers, and staring out windows since the time of one-room school houses. The Internet broadens the scope of distractions. Passing notes has been upgraded to instant messaging allowing people to “pass notes” to anyone, anywhere. These notes have also been given lights and sounds and emoticons. Texts and instant messages are received from people who are not in the classroom and, therefore, have no insight into how distracting their communication might be. This is also why texting while driving is far worse than talking to a passenger who is with you in the car (Drews, Pasupathi, and Strayer, 2008).

Internet use, such as compulsively checking texts or emails, can also become addictive (Block, 2008). Indeed, Internet addiction is characterized by excessive use, withdrawal symptoms, and is marked by activity in reward regions of the brain (Dong, DeVito, Du, & Cui, 2012; Turel, He, Xue, Xiao, & Bechara, 2014). Given its addictive properties, it might be difficult for some students to stop using the Internet when they get to class. We did not directly measure Internet addiction in our study, but found that students used the Internet regardless of intelligence, motivation, or interest in the class material (Ravizza, Uitvlugt and Fenn, 2017).

Despite the perils of distraction it makes sense to ask: could the benefits of using a laptop outweigh the potential problems? To answer this question, we measured how much time was spent on class-related Internet use. For example, students sometimes browsed for a term such as “classical conditioning”, a topic which was discussed in class. We found that this type of classroom use was unrelated to final exam score (Ravizza, Uitvlugt, & Fenn, 2017). Using the Internet to directly augment classroom learning did not help the student although it did not hurt them either.

Should technology be used in the classroom?

There are potential benefits of technology use such as laptops in the classroom. Results from research have suggested, for instance, that technology provides a less intimidating way for students to participate in class by allowing them to perform activities such as Tweeting questions to the instructor (Dunlap & Lowenthal, 2009). A laptop or Smartphone is not necessary, however, to encourage participation in class. Devices such as iClickers also allow all students to answer questions without having to raise their hands and do not require students to bring a laptop to class.


Most research on Internet use in the classroom has focused on a lecture-based format. There are courses, however, in which technology may be integrated into the class structure. Some instructors, for example, might encourage Internet research in class to augment small group discussion. Similarly, instructors might mandate that students access on-line learning demonstrations or adaptive quiz technology while in class. Even in such cases, where technology is assumed to enrich learning, there is no guarantee that students are using their computers for the intended purpose. In a high school class focusing on Microsoft Word and Excel certification, for example, the student co-author of this piece (JA), observed other students playing on-line games during class. These types of distractions are just as prevalent at the college level.

Unfortunately, for many classes, the costs of bringing a laptop to class may ultimately be higher than the potential benefit. In addition to the potentials for distraction discussed above, using a word processor to type notes is not as beneficial for learning as writing notes by hand. Hand writing notes forces the student to summarize, engaging their mind in trying to extract important ideas from the lecture. This deeper processing results in better learning (Mueller & Oppenheimer, 2014). If lecture slides are posted beforehand, students may be even less inclined to engage in summarizing and integrating class information.

Given the abundance of studies showing that poor learning is related to Internet use (Junco, 2012; Kraushaar & Novak, 2010; Risko, Buchanan, Medimorec, & Kingstone, 2013; Rosen, Lim, Carrier, & Cheever, 2011; Sana, Weston, & Cepeda, 2013; Wood et al., 2012), I actively dissuade students from bringing their laptop to class. If students bring their laptop, I ask them to sit in the back so that they will not distract other students who can see their screens (Sana, Weston, & Cepeda, 2013). I have also stopped posting my lecture slides before class to encourage students to take notes by hand. Instead, I post the slides before every review session. In my evaluations, students commented that I went too fast for them to take notes by hand so, in order for this strategy to be effective, keep in mind that you may need to slow down, to allow students to be able consolidate concepts in their notes.

In conclusion, there is little evidence that the benefits of bringing a laptop to class outweigh the costs to note-taking and attention in a typical lecture-based class.

Susan Ravizza is an Associate Professor of Psychology at Michigan State University. Her work on Internet use in the classroom is funded by an NSF Early Career Development grant #1149078 and is part of a larger research program concerned with how people use their working memory efficiently.

Julien Azar is a student in high school. He has insight into the effects of portable devices in the classroom as he has attended some schools where portable devices have been encouraged and others where they were prohibited. He brings a Smartphone to school, but only checks it at lunch. 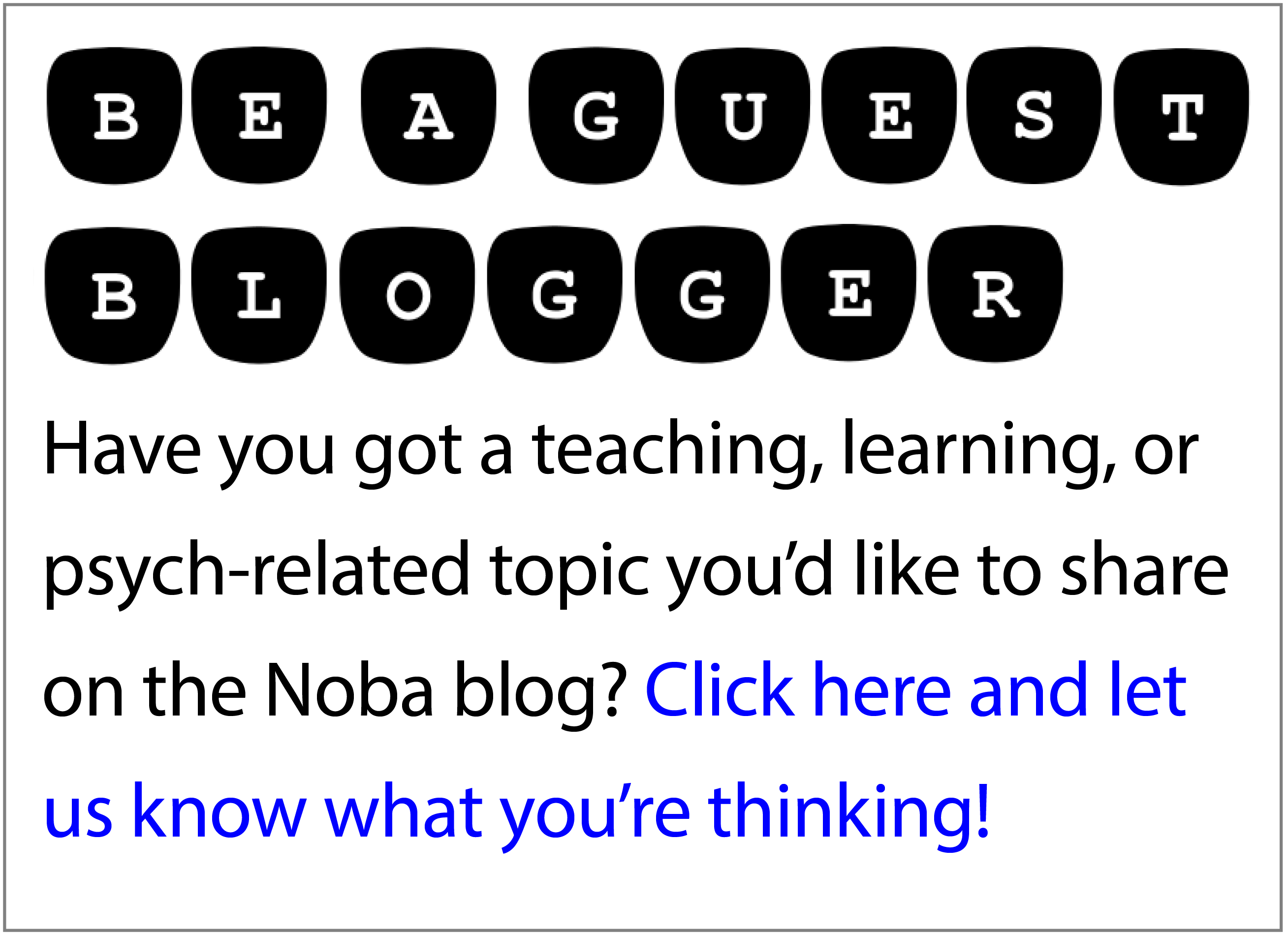